Is a red wave coming?

Robert C. Cahaly, the chief pollster of the Trafalgar Group, said that Biden has created a new group of voters called “submerged voters.”

He said that these voters “will be virtually impossible to poll” and “difficult still to estimate.”

In a Twitter thread, Cahaly said he expects Republican turnout to be higher than polls and models are showing:

In 2016 Trump supporters were called “Deplorables” and other unflattering names. This was a major contributor to the “shy Trump voter” phenomenon that “most” polling missed which resulted in a major loss in public confidence for polling flowing the election.

In 2020 people who supported Trump or espoused conservative values out of step with “Woke” culture found themselves being “canceled” or “doxed”. This led to “hidden voters” that “most” polling under counted, therefore Trump support in key battleground states exceeded expectations

Now that the Biden administration has essentially classified “MAGA Republicans” as a threat to democracy marshaling federal law enforcement to focus on them. This move has created a new type of voter that will be even harder to poll or even estimate.

I call this new group “submerged voters”. They aren’t putting stickers on their cars, signs in their yards, posting their opinions, or even answering polls. At this point I think it’s fair to say that Biden’s pursuit of and attacks on “MAGA Republicans” has created an army of voters who will be virtually impossible to poll (even for us) and more difficult still to estimate.

The 2022 Republican turnout will likely be higher than any of the polls or models are showing. All polls (including ours) will understate the impact of these “submerged voters”.

Yes, call them an enemy of the state one month, and next month participation fall. And those who do claim to be “undecided” across the board. https://t.co/Ath49X34ah 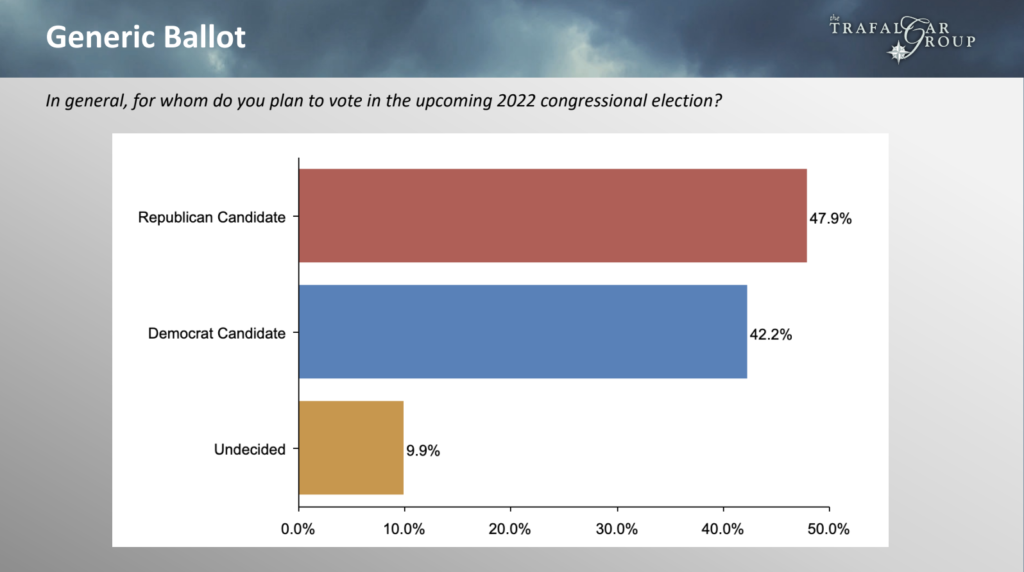 Are Democrats fooling themselves again?

For the antidote to media bias, check out ProTrumpNews.com!