Few designers today tread the line of bad taste and good taste like Tom Ford. In fact, he’s been doing it for almost 40 years now, since working for brands like Yves Saint Laurent and Gucci. He defined, then redefined, then redefined again what the modern woman wants and needs. In Ford’s mind’s eye, she always needs a heady dose of glamour and a veritable injection of sex appeal (we don’t disagree). His continuously evolving vision for the modern-day woman resulted in, without a doubt, the most glamorous show of the season, as it always does, with old friends and celebs like Madonna, Carine Roitfeld, and Katie Holmes, and new acquaintances like Tinx and Chloe Fineman, seated on plush white velvet couches to take in his ’80s-infused runway show.

The opening sequence delivered daytime takes on Tom Ford classics: razor-sharp silk and brocade suiting in pastel metallics, barely-there mesh tops with sequin appliqués, and spectacularly tacky Bermuda shorts with even more sequin patches. The Tom Ford woman is always down to show a bit (or a lot) of skin, with sheer bras standing in for the typical button-down shirt in a suit. The standout men’s look of the season was a leather blazer paired with a dainty jockstrap replete with a doily-esque short. His precise take on what’s sexy feels even more relevant, as designers left and right took cues from his oeuvre and sent models down the runway with little left to reveal. Thankfully, Ford took things into his own hands to show us how it’s really done. 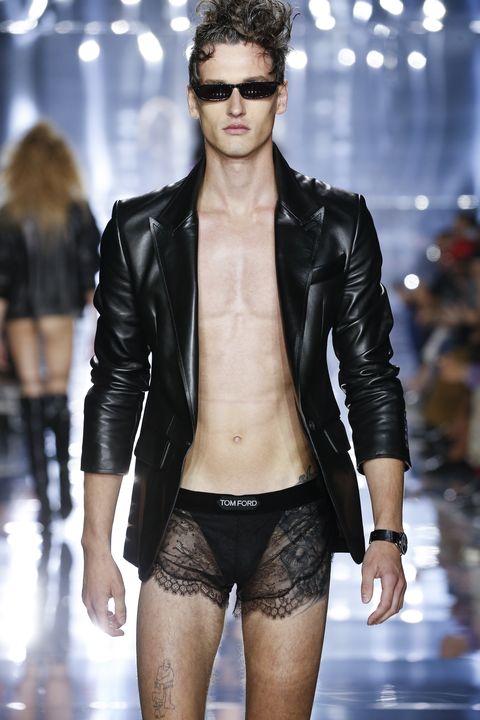 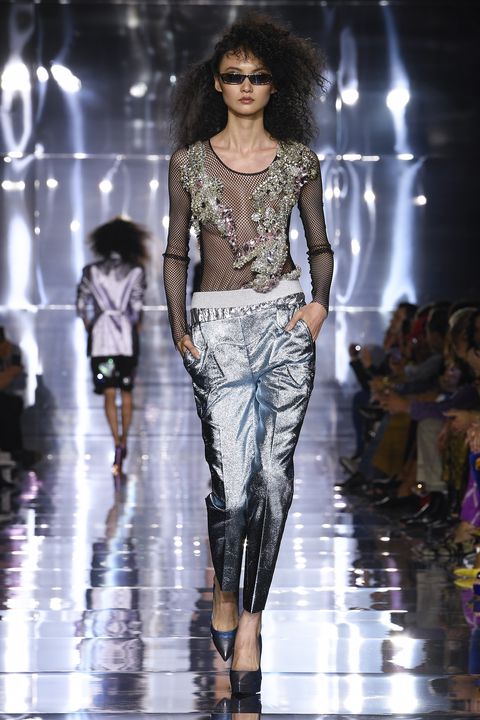 The subsequent sequin dresses, expertly crafted and meticulously fit to emphasize the female form, are again staples of the Tom Ford wardrobe, amped up to campy effects with extremely tousled hair. Matching ginormous hoop earrings gave the impression of disco balls. The finale dress was a long-sleeve gold-and-silver sequin frock, paired again with disco ball-style hoop earrings and a gold lamé bouquet of roses. Ford’s bride only has a moment to stop at the altar before strutting on the cobblestone streets and hitting the next party, as is her wont. 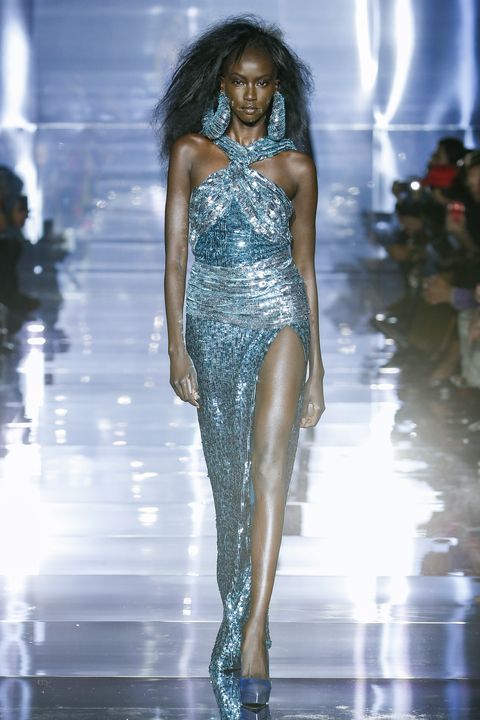 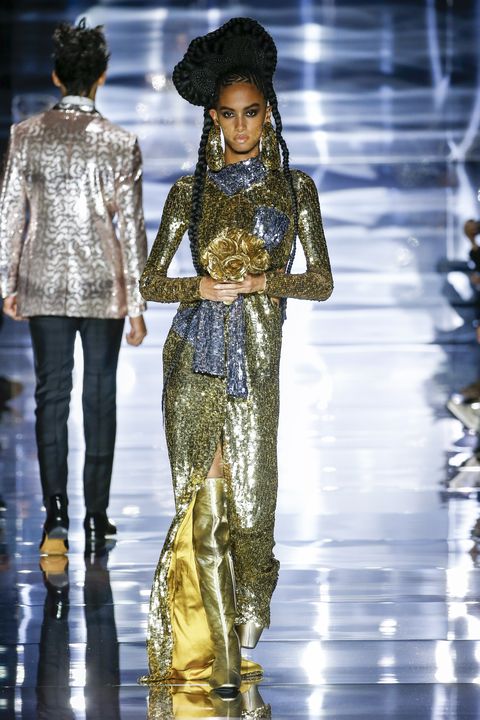 Kevin LeBlanc is the Fashion Associate at ELLE Magazine. He covers fashion news, trends, and anything to do with Robyn Rihanna Fenty.