Crispy Cat bids to bank swift compensation for his luckless run at Royal Ascot in the GAIN Railway Stakes at the Curragh on Saturday.

Following successive runner-up finishes in Listed company in May, the Ardad colt stepped up to Group Two level for last week’s Norfolk Stakes and was beaten two lengths into third place.

The bare result only tells half the story, however, with Crispy Cat suffering trouble in running, most notably being badly impeded by eventual winner The Ridler deep inside the final furlong.

Jockey Paul Hanagan was relieved to keep the victory in the Norfolk Stakes on 50/1 shot The Ridler after a stewards’ enquiry.

Crispy Cat’s trainer, Michael O’Callaghan, remains in no doubt the interference cost his youngster victory and expects him to prove a tough nut to crack in this weekend’s six-furlong Group Two.

He said: “He’s actually come out of Ascot very well. It sounds a funny thing to say, but when a horse gets stopped like he did, they might not have quite as hard a race as they would have done had they had a clear run.

“He’s bounced out of it really well and I think the way this horse can be ridden now, and the way he ran on over a stiff five at Ascot, suggests six furlongs won’t be a problem.

“We do feel he would have won at Ascot. Let’s not forget before the incident happened he was stopped twice in his run during the race.

“Who knows whether he would have won or not, but we feel he might have and if we’ve got a horse we feel possibly should have won the Norfolk, he should take a bit of beating in the Railway.”

Aidan O’Brien’s Dundalk maiden winner Blackbeard beat Crispy Cat by a short head here at the start of May – and returned to the Curragh to complete his hat-trick in the Group Three Marble Hill Stakes.

The son of No Nay Never finished fourth when favourite for last week’s Coventry Stakes and bids to provide his trainer with a 14th Railway success.

O’Brien, who also saddles Coventry Stakes seventh Age Of Kings, said: “Both of them seem to have come out of the Coventry well.

“Blackbeard has obviously won a couple of times at the Curragh and he seems to be in good form. 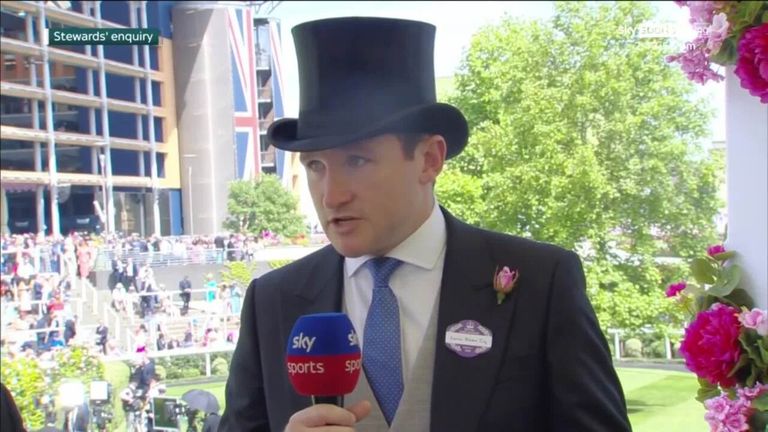 Racing expert Kevin Blake says Paul Hanagan’s ride on Norfolk Stakes winner The Ridler should not be accepted after the winner survived a stewards’ enquiry despite appearing to interfere with rivals.

“Age Of Kings was green first time, won the second day, and was just green enough the last day in Ascot. We think the experience should have done him good.”

Shartash is a leading contender for Johnny Murtagh, having built on debut promise with a narrow defeat of Age Of Kings at Naas last month.