Trainer Shane McGuigan has set his fighter Adam Azim a demanding target – he expects him to become a world champion in two years’ time.

Azim, 20, weighed in for only the fifth fight of his young career on Friday, ahead of Saturday night’s BOXXER Breakthrough event at the Coventry Skydome Arena, live on Sky Sports.

“He’s going to be reaching his heights by 21, 22,” his coach McGuigan said. “I think he’ll be world champion as early as that. This is just a small step for him.”

Shane McGuigan says why Adam Azim can be the best fighter he’s trained.

Azim, unbeaten in four, boxes Belgium’s Anthony Loffet, who’s logged eight wins against one defeat in his career so far. When the two locked eyes after taking to the scales, where both men had weighed 9st 13lbs, it was Azim who looked the more intimidating with Loffet cutting a nervy figure.

“I think there’s going to be a big knockout tomorrow night,” said McGuigan, who has told Azim “to go on a seven-fight knockout spree”.

Another fighter promising violence on Saturday is Sam Eggington. Both he and opponent Przemyslaw Zysk made weight for a super-welterweight contest that will have an IBO belt on offer to the victor. Zysk hit the 11st limit while Eggington was 10st 13lbs 5oz.

Eggington is an all-action fighter. “I think we all know what’s going to happen when I get in the ring anyway,” he warned.

“As long as I work on what I do well, we should have a good night.” 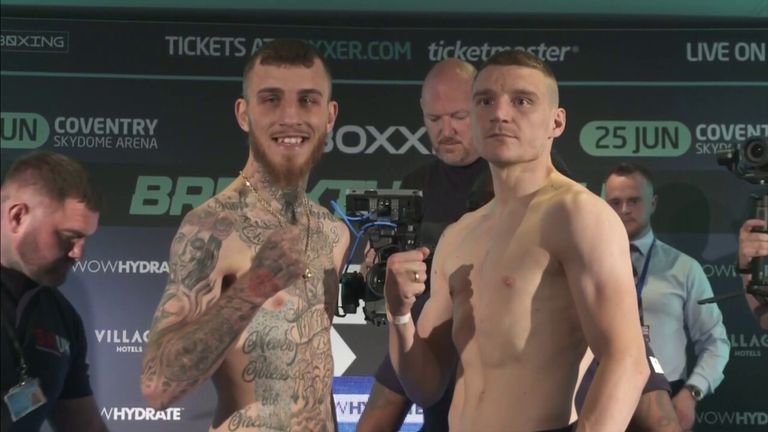 “This is a big moment because if he wins this there are some big names on offer for him and it is on a big platform and he’s back to the big time.”

A primed Artingstall took to the scales gleefully and will relish a return to action after the Olympic Games in Tokyo.

“She is an absolute fighter. She is a warrior. I think it’s all she wants to do,” promoter Shalom said.

“I’ve never seen someone so excited just to get in the ring. This is her debut so God knows what’s next. Can’t wait.” 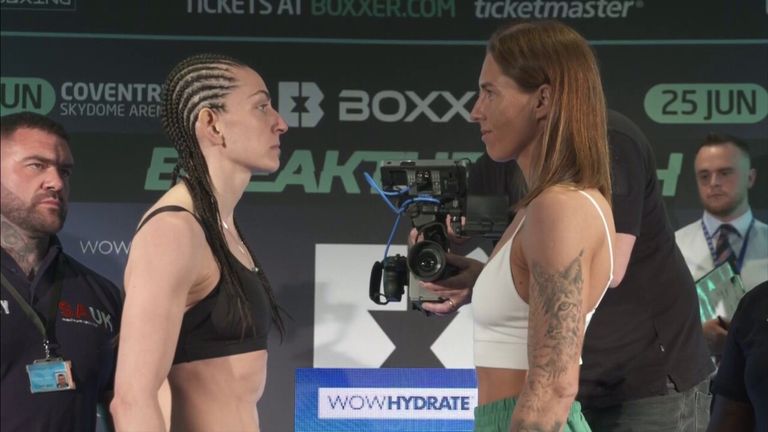 Tyler Denny (11st 5lbs 5oz) and River Wilson Bent (11st 6lbs) have unfinished business ahead of their fight for the vacant English middleweight title. The tense staredown between the two told its own story. Denny thought he had beaten Wilson Bent in their first fight when the man from Coventry was stopped on a cut.

But as Denny was celebrating, the referee decided the cut had been caused by a head clash rather than a punch and so went to the cards where it was scored a technical draw.

Still angry, Denny said: “I’ve punched, he’s cut and they’ve made up a head clash. If you’ve not seen the head clash, you can’t just make it up and assume it’s a head clash.” 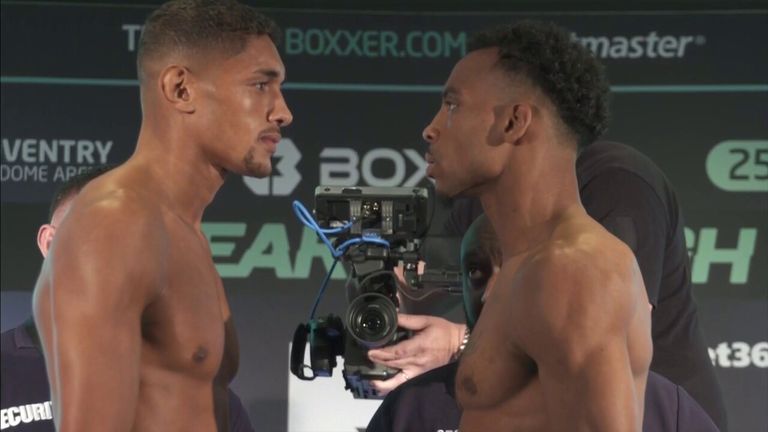 Two BOXXER Series tournament winners Dylan Cheema and Cori Gibbs (both 9st 11lbs 5oz) will be on the card against respectively Carlos Perez and Stu Greener (both 9st 12lbs).

Local favourite Cheema will bring great support, while Gibbs is looking to display more of his ability over eight rounds rather than the rapid-fire tournament format.

“I feel like I’ll be able to settle down a bit in an eight rounder now,” he promises, “and show more of my skill, more of my talent and more of my power as well.”